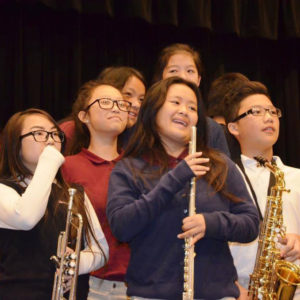 The next year, Vega helped HCPA grow its band program even more, donating about 20 musical instruments to the school, with a little help from UnitedHealth Group.

How does this go together?!

Now we have to learn how to read music.