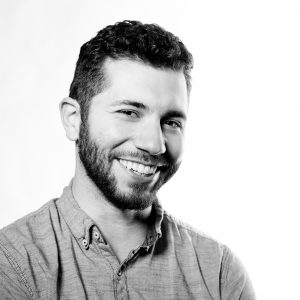 Update: The Holly Jolly Rock Show 2 takes place on December 13 at The Garage in Burnsville, Minnesota. Bryce Kalal of Midnight Notion hosts the second annual benefit concert, which will again raise funds for Vega's mission and work to increase access to music education.

Here's the interview with Bryce Kalal:

Midnight Notion is best described as a hard-hitting, head-banging, genre-bending riff-rock artist from Minnesota’s Twin Cities, and possibly the loudest one-man-band around. With a backlog of about 100 unreleased original songs, and an ever-expanding list of covers, multi-instrumentalist Bryce Kalal has produced more content on his own than many indie bands will in their career. Aside from playing drums, bass, guitar, keyboards, and singing, he is also a writer, actor, director, stage manager, improvisor, videographer, editor, web designer, sketch artist, producer, and more.

Why would Bryce choose to support Vega's work to increase access to music education, we wondered? And so, we asked Bryce a few questions.

VEGA: How did you first get started in music?

BK: My grandma had an old Yamaha keyboard with a book of classic sing-alongs, and I had a couple of toy instruments as a kid, but I never put much energy into learning music until 6th grade band class. Though my original intent was to start with clarinet and move toward saxophone, my band teacher inspired me to switch to French horn—an instrument that has fascinated me since I first watched Disney’s Peter and the Wolf as a kid (I have a thing with wolves… It’s a long story).

By about 8th Grade, I knew I wanted to make my own music, so I babysat neighbors and relatives, walked a few dogs, and did whatever other oddball jobs I could find to raise enough money to buy my first drum kit—$190 from a newspaper ad, if you can believe that! I bought my first guitar a couple months later, and it wasn’t long before I was playing Blink-182 and Green Day covers in my grandma’s basement with my first band.

Now, at 32 years old, I’ve written around 100 original songs, released a couple solo records, and my next album, Somewhere in Dreamworld, should be out around March 2019!

VEGA: Is there a music teacher who made a difference in your life?

BK: Mr. Arau, from Walt Clarke Middle School in Loveland, Colorado (circa 1998–2000). After everyone told him what instruments they wanted to play, he said something along the lines of: “You guys don’t have any French horns or tubas. Anyone wanna switch?”

To be honest, I couldn’t figure out how to make sound come out of the clarinet, and I often find myself doing the things nobody else wants to do…AND French horns represent the wolf in Peter and the Wolf (really, it’s a long story), so I made the switch and never looked back.

But simply guilting me into a great decision wasn’t all—Mr. Arau was so infectiously passionate about music, it was easy to want to get better. After school, I would go to the band room, and he’d let me play on the percussion, despite having no training. Any other teacher might have denied access after-hours, because the sound of someone learning an instrument isn’t very pleasant (especially when the instrument is really loud, haha!). He allowed it anyway, and trusted my intentions, which not only encouraged musical exploration, but it also gave me time to practice on instruments I couldn’t afford at the time.

It was in that band room where I taught myself how to play the drums. I was fortunate enough to have that access; otherwise, who knows? I might have left music behind after graduation! I’m glad I didn’t! I can’t imagine how many other people are failing to find their full potential, simply because they can’t afford it. That’s why I appreciate what Vega Productions is doing to bring music to kids, and inspiring them to keep on keepin’ on.

VEGA: What life skills have you learned through music?

BK: Making music is so much more than just “playing around.” Playing in bands has taught me a lot about working with other people, and I’m not just talking about playing the same songs together. In order to rehearse, you have to coordinate schedules, secure practice spaces, and manage your spending enough to make it happen. A lot of artists are terrible at using calendars, so I often become the schedule guy. Actually, a lot of artists are terrible at all of the boring business stuff, so I end up doing a lot of the planning in general.

It doesn’t stop there! I learned HTML and CSS so I could build a website for my first band—skills I’m still using today! I learned to film and edit video because I wanted music videos. I learned Photoshop and Illustrator because I wanted to make album artwork. I went to school for audio production because I wanted better sounding music. I took writing classes to better my lyrics. I took improv classes and performed live theater to enhance my comfort on stage. The more I think about it, most of the things I know how to do are providing some sort of benefit to my musical career.

I could talk all day about the benefits of music, but the real answer is that it taught me how to feel good. When things go south, or you’re having a bad day, there are so many ways to release that tension or frustration, but there is no better way than to turn it into art. Music makes people’s day. It inspires. It helps us grow and learn, and it just…feels…good.

Many thanks to Bryce for sharing these stories and for helping make music happen.

See you at the show!